What’s in our water?

Today there is great concern about lead, arsenic, FLUORIDE and toxins in our drinking water, bottled water purity and its safety. Also, what pharma drugs are still lurking in water treatment plants, runoff from chemicals used on lawn and gardens.  There are so many concerns it’s often overwhelming, but we know we are being called to “action” for the future of our children and the planet.

We’ve seen more and more news about droughts around the world and wonder how this will affect our future food supplies  and that scared life giving gift … WATER. These videos sure opened our eyes to what’s going on behind the scenes, things we can now watch and help change because we WANT TO KNOW! Thank you for taking the time to look at our research information, considering ways to join us and help raise the awareness to this important issue of WATER.  Please share if you feel appropriate.

It would seem that contaminated drinking water can be “resolved” with cleaning/eliminating the toxins naturally … with H3O2 Biotite Liquid Concentrate Minerals!! At the very least, you can feel safe drinking this H3O2 treated water. We pray for a “fix” to this extreme water crisis, for healthy children and for TRUTH to be revealed.  PLEASE read our research and make your own decision.

WATER IS LIFE! Watch this movie and please share.  ~

Emergency: give everyone bottles of water and then where do they go?

Have you noticed that this is a very serious problem, especially with all the weather related emergencies going on now. We must find a better solution to this type of pollution.

has been found in the drinking water in many cities around the country (and the world) and this affects EVERYONE, but especially the children!! This video is a powerful example of what one community is going through! Yes, the infrastructure is a fix but what if they could treat their existing water, make it safe to drink, and save literally hundreds of thousands of plastic water bottles from being used once and then thrown away, adding to the already growing problem of too much plastic in our landfills and oceans !? 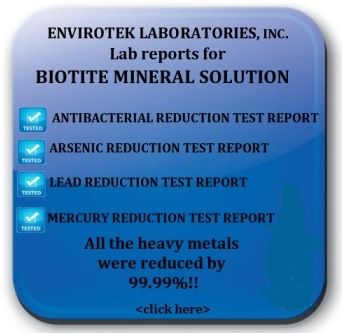 “A vast array of pharmaceuticals including antibiotics, anti-convulsants, mood stabilizers and sex hormones have been found in the drinking water supplies of at least 41 million Americans, an Associated Press investigation shows.

To be sure, the concentrations of these pharmaceuticals are tiny, measured in quantities of parts per billion or trillion, far below the levels of a medical dose. Also, utilities insist their water is safe.

But the presence of so many prescription drugs and over-the-counter medicines like acetaminophen and ibuprofen in so much of our drinking water is heightening worries among scientists of long-term consequences to human health.

In the course of a five-month inquiry, the AP discovered that drugs have been detected in the drinking water supplies of 24 major metropolitan areas from Southern California to Northern New Jersey, from Detroit to Louisville, Ky.

Water providers rarely disclose results of pharmaceutical screenings, unless pressed, the AP found. For example, the head of a group representing major California suppliers said the public “doesn’t know how to interpret the information” and might be unduly alarmed.

How do the drugs get into the water?

People take pills. Their bodies absorb some of the medication, but the rest of it passes through and is flushed down the toilet. The wastewater is treated before it is discharged into reservoirs, rivers or lakes. Then, some of the water is cleansed again at drinking water treatment plants and piped to consumers. But most treatments do not remove all drug residue.” read more: 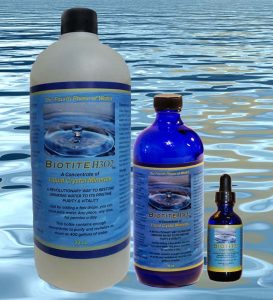 There are alternatives to using plastic and water bottles – things we can do! (here) 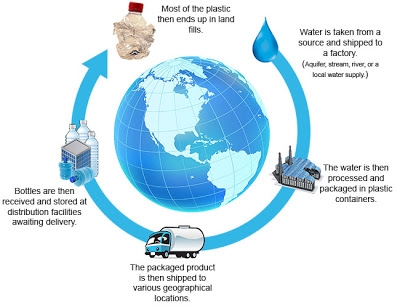 Fluoride in the Water ~ 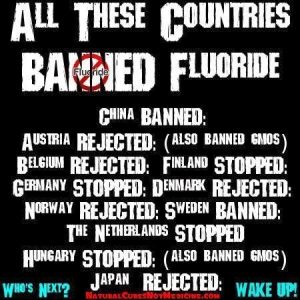 Is fluoride bad for you? Should you be concerned about sodium fluoride being in your water or toothpaste? Learn why Sweden, Norway, Austria, Finland, China and more countries have banned fluoride. How did fluoride get approved for use in the United States and what are the health effects? Learn everything you need to know about fluoride.

Is the way the to manipulate people and “dumb down” society? This video opens the mind to TAKE NOTICE!
* Biotite H3O2 Liquid Crystal Minerals
removes the Fluoride from the drinking water!
Global Healing Center   Published on Nov 16, 2015

What if you could remove Fluoride poisons from your drinking water, would you? (here) 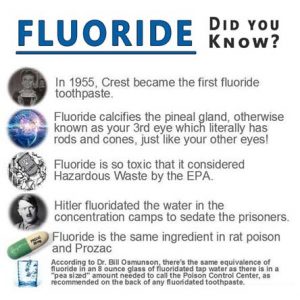