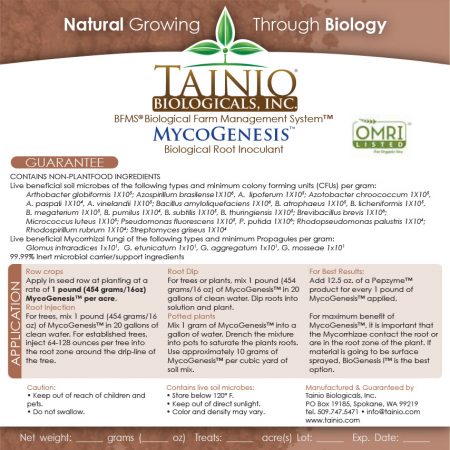 What is Mycorrhizal Fungi?
The term Mycorrhizal — which literally means fungus (myco) root (rhyzo) — refers to the symbiotic relationship between certain fungi and plant roots. These fungi receive sugars from the plant, and in return, aid the plant in the uptake of water and nutrients in the soil.

The Mycorrhizal fungi form branch-like structures called hyphae, which extend the surface area of root hairs to provide greater access to resources available in the soil. Hyphae are smaller than root hairs, and therefore able to penetrate further into the soil to seek out minerals and moisture. When the resources in the immediate area are depleted, the hyphae simply extend further into the soil to find new supplies.